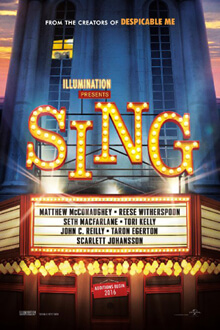 The film has more than 85 exemplary melodies from acclaimed craftsmen furthermore has a unique tune by Stevie Wonder and Ariana Grande called “Confidence”. It debuted at the 2016 Toronto International Film Festival on September 11, 2016 and will be discharged by Universal Pictures on December 21, 2016.